This project draws from the restructuring of an old office building from the 70s, transformed into a 7000 m² intergenerational building that holds 90 social houses with 1 to 4 rooms and spaces for tertiary use destined for offices. Moatti-Rivière's work has resulted in a completely renovated building with high acoustic insulation and reduced annual energy consumption.

The rehabilitation of the apartment building in Charenton-le-Pont emerges from a strategic location. To the south, Quai des Carrières and the stunnning view of the Seine, but also the noise of the intense traffic that supports the A4 highway. To the north, the large patio, overlooking Villa Bergerac. Moatti-Rivière sought to answer two questions in the restructuring. How do you humanize a prefabricated office construction? How do you transform a building from the 70s with a monotonous façade into personalized homes?

The remodeling being carried out by the prestigious French architecture studio Moatti-Rivière maintains the spirit of the place, optimizing the inhabitants' quality of life with views of the horizon and the domesticity of the large patio. The two orientations of the building also offer two ways of living. At Quai des Carrières, individual loggias amid greenery and views to the horizon. On the opposite side, the inner courtyard and the privacy of the garden.

Quai des Carrières' façade, 260 metres long and facing south was redesigned. A large part of the prefabricated concrete moldings were preserved, situating the new façade about 70 centimeters behind it, provided with a larch wood cladding that gives the project its uniqueness and isolates the road's noise. 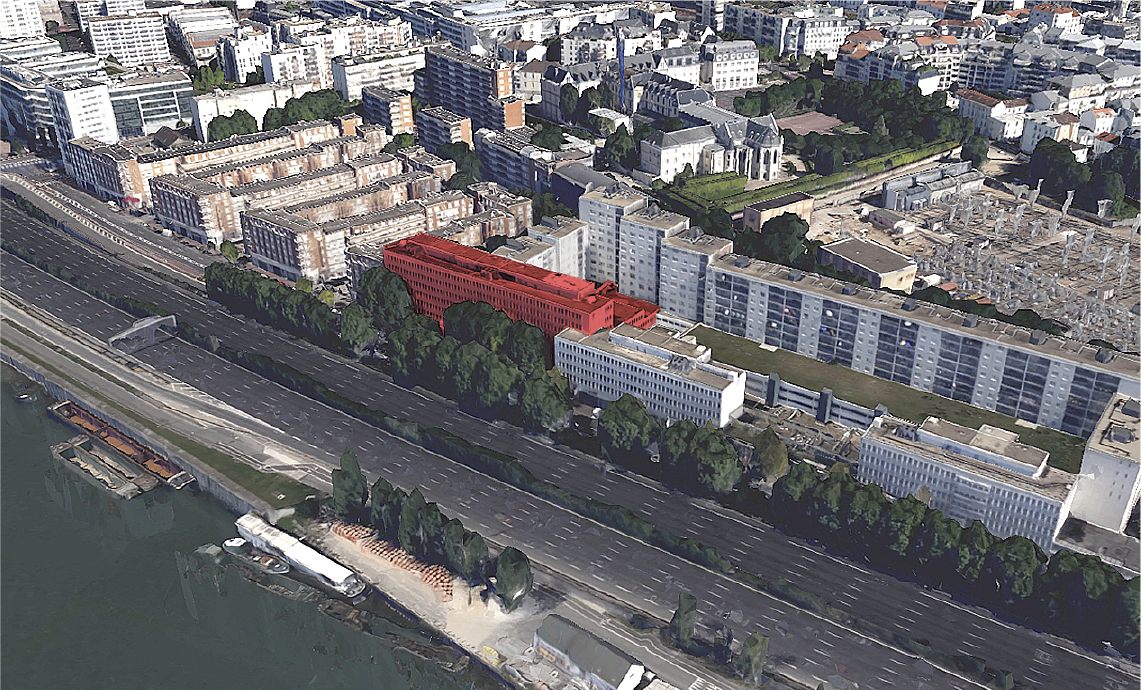 Given the high noise pollution that the building resulting from being located next to a highway with a large volume of traffic, the replacement of the old windows seemed essential to achieve optimal acoustic insulation, as well as to improve the energy efficiency of the homes. To this effect, CORTIZO's COR URBAN C16 series windows were installed , this system utilises a thermal break and a 122 mm double hidden sash with a quadruple joint and 4 panes that offers noise attenuation of up to 50 dB. This enclosure solution is especially suited for buildings in areas with high acoustic activity, thus achieving a soundproofing level of the homes that ensures maximum comfort for its inhabitants. Regarding the lacquering, RAL 7048 powder coating was chosen for the exterior and RAL 9016 for the interior. Thereby allowing the combination of design and excellent features in a single solution. 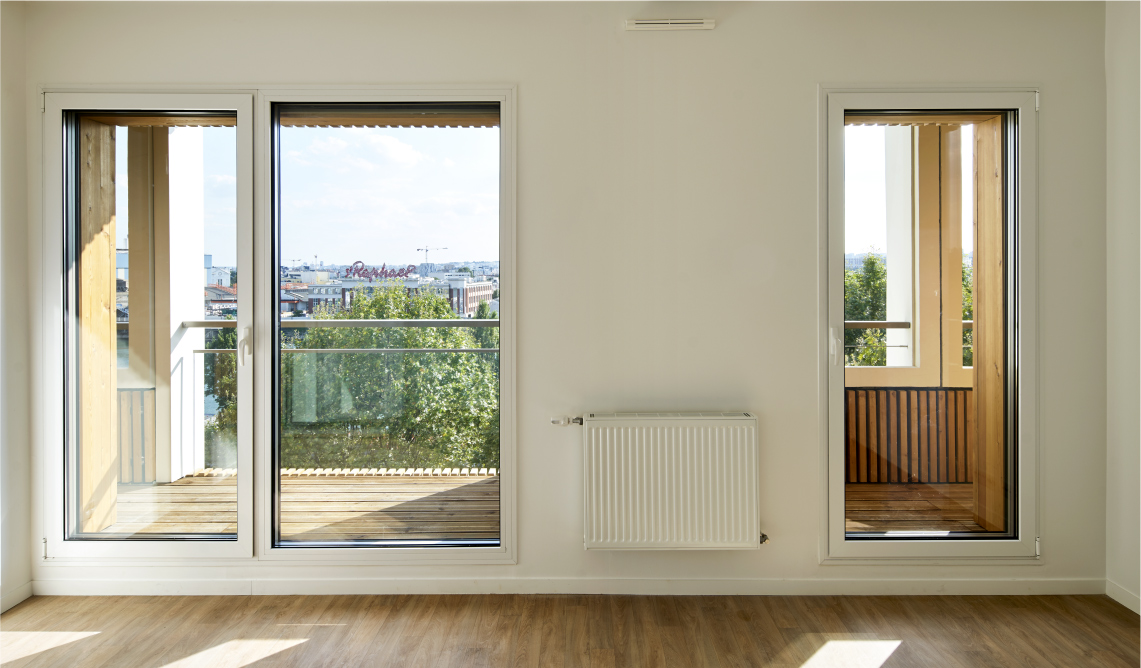 On the other hand, pre-existing concrete precasts act as a kind of solar protection that shades and regulates the incidence of sunlight on homes. This gives the building a new identity both for the depth of the loggias and for its irregular distribution, the result of the elimination of some of the precast concrete elements thus breaking with the symmetry of the façade. Vegetation is another of the unique aspects in that side of the property, where the green of the trees and planters is combined with the color of wood and the white of the coatings. The greening of the façade is possible for its orientation, but also for the regulated watering of the planters through the terraces' rainwater collection.

On the inner side of the building, the large patio with a community garden can be found. The demolition of some parts of the north wing optimises the vis-a-vis with unique wood-clad façades. The apartments on the ground floor have small terraces that open onto a garden for which controlled growth plants were selected, with a maximum height of 2.5 metres, which percolate the views, without excessively attenuating the solar incidence.

Finally, it should be noted that the optimisation of internal circulation within the property generates simple interior routes. In addition, by increasing the number of gates to four, one for every 20-25 homes, the building's uses became more free-flowing. 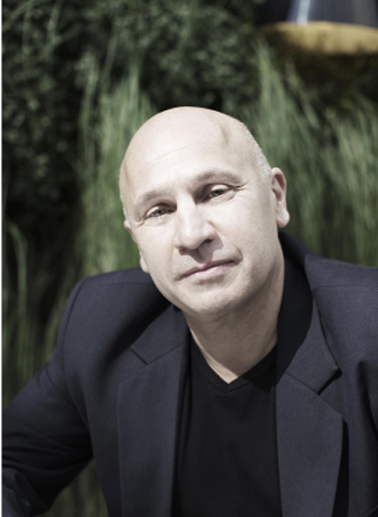 The Moatti-Rivière agency was created in 2001 by architect and set designer Alain Moatti and designer architect Henri Rivière, who died in 2010. The experience of this studio lies in the intersection of architecture, interior design, scenography and design. They have offices in France, Spain, China and Bahrain and their projects multiply in the field of residential and tertiary architecture.

For Moatti-Rivière, the identity of the client is the central element of all projects. Creating headquarters for a company, a museum for a city, devising the concept of a shopping centre or an apartment building requires taking into account the identity of the end user and considering where it is built.

In 2001, Jean-Paul Gaultier chose Motti-Rivière to transform a Parisian mansion into a haute couture house. Ever since, they have been invited to numerous public and private competitions, their talent being recognised by the most important names in the world of French culture, fashion, hostelry and catering (Yves Saint Laurent, Galeries Lafayette, Baccarat, Chef Yannick Alléno)

The Moatti-Rivière agency intervened in cultural places steeped in history and with high symbolic value: the Champollion Museum in Figeac (2007), the Historial Charles-de-Gaulle at the National Hotel des Invalides in Paris (2008), the International City of Lace and Fashion in Calais (2009), the Museum of Decorative Arts and Fashion in Marseille (2013), the refurbishment of the first level of the Eiffel Tower (2014) or the National Center for Graphic Design in Chaumont (2016) are just a few examples. The studio's trajectory has been acclaimed with numerous awards and prizes, being nominated for the Mies van der Rohe Award and the Équerre d'Argent Award by the Champollion Museum, the Mapic Awards and the World Architecture Festival Award for the 65 Croisette project, in addition to receiving the Designer's Days award for the Baccarat exhibition. In 2015, he was awarded the Rubans du Patrimoine by the Marseille Museum of Decorative Arts and Fashion, in addition to the Versailles Prize by the Bourse Shopping Center in Marseille.